Seven swans a-swimming, six geese a-laying, four calling birds, three French hens, and a partridge in a pear tree, it seems someone thought birds were the ideal Christmas gift to one’s true love. Not forgetting, of course, two Turtle Doves, symbol of true love, fidelity and peace in this festive season. However, there is often an absence of the “peace, love and understanding” (apologies to Elvis Costello) that we are all supposed to be feeling. Also absent, of course, are Turtle Doves themselves, who by Christmas are no longer with us in the UK. But where have they gone? What are they doing there? Moreover, if they have left the swans, geese, hens and partridges behind, with whom are they sharing their winter homes?

Fortunately, work by the RSPB Centre for Conservation Science, as part of Operation Turtle Dove, has given us an insight into what these birds get up to after they have left our shores. Firstly, satellite tracking has shown us the migratory routes birds take between their breeding grounds in Europe and their wintering grounds south of the Sahara. While a few months ago, birds were looking for seeds on English farms, by Christmas they are found in the African savannah, from Senegal to Mali.

Secondly, a team of researchers from RSPB and local NGO, Nature Communauté Développement (NCD), have been looking at what the species is getting up to in Senegal, travelling along the country’s river channels in search of Turtle Doves. They also spend time at a privately-run agricultural training centre, called Beer Sheba, whose fences have protected 100 ha of Acacia woodland, which now plays host to a sizeable roost of many species.

While at Christmas, we may be looking for somewhere safe and warm to relax, eat too much food and drink too much wine, Turtle Doves have similar (albeit less over-indulgent) needs. To ensure their safety, birds communally roost within dense thickets of thorny Acacia trees, often standing above water, providing protection and a ready source of water. 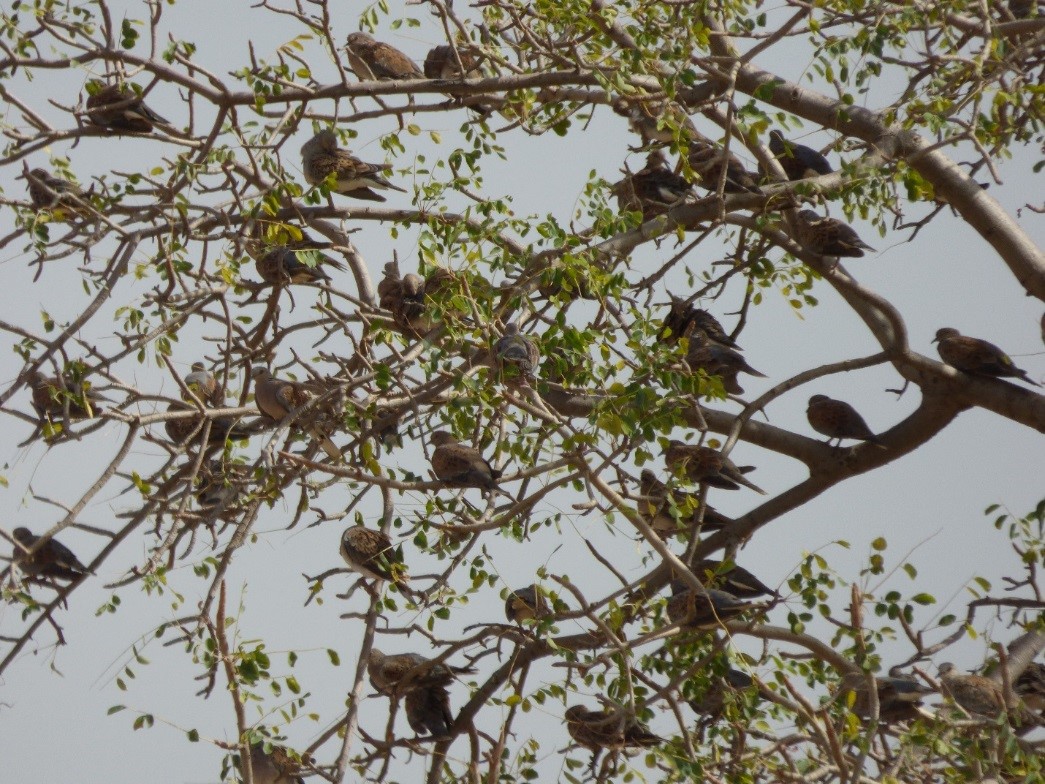 Turtle Doves tend to roost in sizable groups; there are descriptions in the literature from the 1960s of groups of hundreds of thousands, possibly reaching the million mark. Photo credit: Ben McFarland.

The team have counted up to 35,000 birds at Beer Sheba, as they leave the roost in the morning – an impressive sight. Ben McFarland, RSPB’s Regional Conservation Officer for the East of England, has recently returned from his sabbatical out in Senegal. Here he describes the wonder of seeing thousands upon thousands of roosting Turtle Doves at Beer Sheba:

“Now it is not often I get emotional in my work but the sight of so many birds flying over my head brought a lump to my throat and I’ll admit it, perhaps even a little tear in my eye. Not only from the visual experience, which was incredible, but also because it represented hope. Hope that this approach, which clearly benefits local people as well as birds, could be replicated elsewhere. Local people have to be part of the solution.”

Although they are the most common, Turtle Doves are not the only species in the roost, and a number of local dove species, including the dainty and attractive Namaqua Dove, join them, while they share the wider landscape with a whole host of other exotic residents, and migrants from across Europe.

As on the breeding grounds, Turtle Doves eat seeds when in Africa, including those of cultivated plants. But this varies as the season progresses. When birds first arrive in September/October, most of the crops are still growing, so the birds are usually found in natural grasslands, feeding on the sometimes-abundant seeds to be found there. 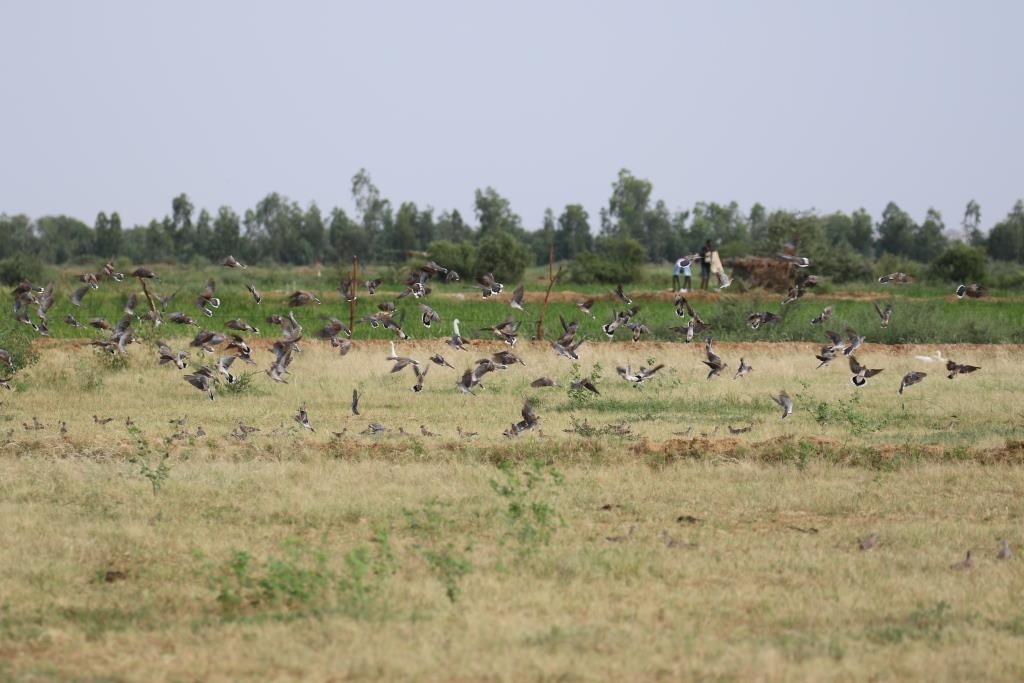 Around Christmas, crops are harvested, and birds then start feeding on the seeds of Sorghum and Millet, which are particularly common in the region. In wetter areas, rice is grown and their seeds are another favourite of Turtle Doves; perhaps more surprising were the birds seen feeding on peanut fragments, suggesting some adaptability in what birds can eat.

Winter, and Christmas especially, can be a difficult time for many people. Our wildlife, too, must sometimes struggle to survive the deprivations of the season. Turtle Doves, along with other migrants, have adapted to cope with this by travelling thousands of miles to warmer climes. But, come the spring, they will need all the food they can get, as they prepare for the long journey back north in time to nest and raise the next generation.